Paul and I have a thing for black dogs. Back in the US we even named our property Black Dog Farm. Lucy the lab mix was our first black dog. Here’s Lucy with our second black dog, a Scottish Terrier, Angus. Angus died about a year before we moved, of cancer. 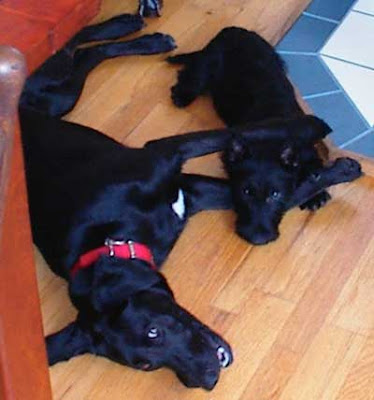 Angus did have a chance to meet Henry, though. Henry joined our pack when my boss and his family (after careful research and $750) decided (after 1 week) that they couldn’t actually have a puppy. 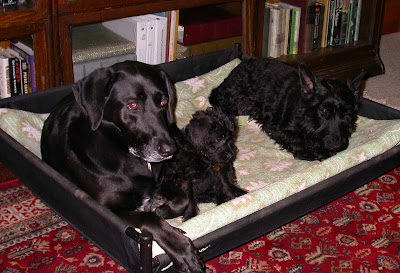 Henry is a Schnauzer-Poodle mix. It is a designer breed called a Schnoodle. For most of his life, we have kept him trimmed like a schnauzer, (see previous post) but we decided to see if he wanted to try being a poodle for a while. It is hot here and he had some mats under his chin. 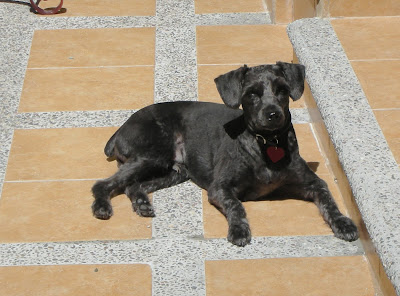 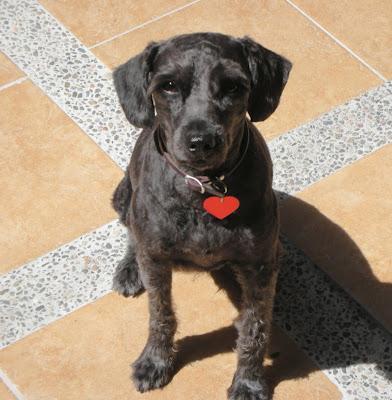 I think after the summer he’ll go back to being a schnauzer again!